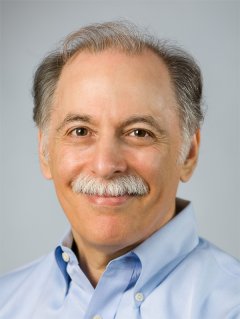 Rick Brenner is principal of Chaco Canyon Consulting. He works with people in dynamic problem-solving organizations that are making products so novel or complex that they need state-of-the-art teamwork and stronger relationships among their people. In his 30 years as a software developer, project manager, software development manager, entrepreneur, consultant and coach, he has developed valuable insights into the interactions between people in complex dynamic environments, and between people and the media in which they work.

As a coach, he works with managers at all levels, emphasizing development of interpersonal skills, especially in fluid, high-stress contexts, such as organizations that are moving from a strict operational orientation to one in which ongoing operations must compete for resources with special enterprise-scale projects. Such a mixed environment creates organizational stresses that leaders must understand, not only because of the change-related issues that arise, but also because of the challenges to managers that they create, even when equilibrium is attained.

Over a period of seven years, he attended or assisted in numerous experiential workshops under Jerry Weinberg, Dani Weinberg and Jean McLendon. It was during this period that he acquired his skills in designing and facilitating experiential education. He was a founding organizer of the AYE Conference.

Mr. Brenner has held positions at Symbolics, Inc., and at Draper Laboratory, both of Cambridge, Massachusetts. At Symbolics, he was responsible for development of products based on Macsyma, a computer algebra system. At Draper, he was a principal investigator in a DARPA program, the Evolutionary Design of Complex Software, where he conducted research into advanced concepts for software development environments based on dynamic object-oriented programming languages. From 1993 to 2014, he taught Spreadsheet Models for Managers, a course he devised, at the Harvard University Extension School.

He serves as the facilitator and group administrator for a discussion group he created at LinkedIn.com: Office Politics, Workplace Politics and Organizational Politics. Discussions there are energetic and enlightening. The group now has over 500 members. Mr. Brenner holds a master’s degree in Electrical Engineering from MIT. He has served as a board member of local chapters of the National Speakers Association, the Boston Software Process Improvement Network, the American Society for Quality, and the Agile New England chapter of the ACM, in various leadership roles ranging from board member to vice president to chair (president). He was selected Chapter Member of the Year for NSA New England in 2001 and 2007. He is a member of the Project Management Institute.

His current interests focus on improving personal and organizational effectiveness in abnormal situations, such as dramatic change, enterprise emergencies, and high-pressure project environments. He has written 18 ebooks and a number of essays on these subjects, available at his Web site, http://www.ChacoCanyon.com/. He tweets as @RickBrenner and @TechDebtPolicy, and blogs at http://TechDebtPolicy.com. He writes and publishes a free weekly email newsletter, Point Lookout, which now has just over 3,000 subscribers.